Skip to content
Home Blog Are Parents Ready to Let Kids ride in a Robot Car? 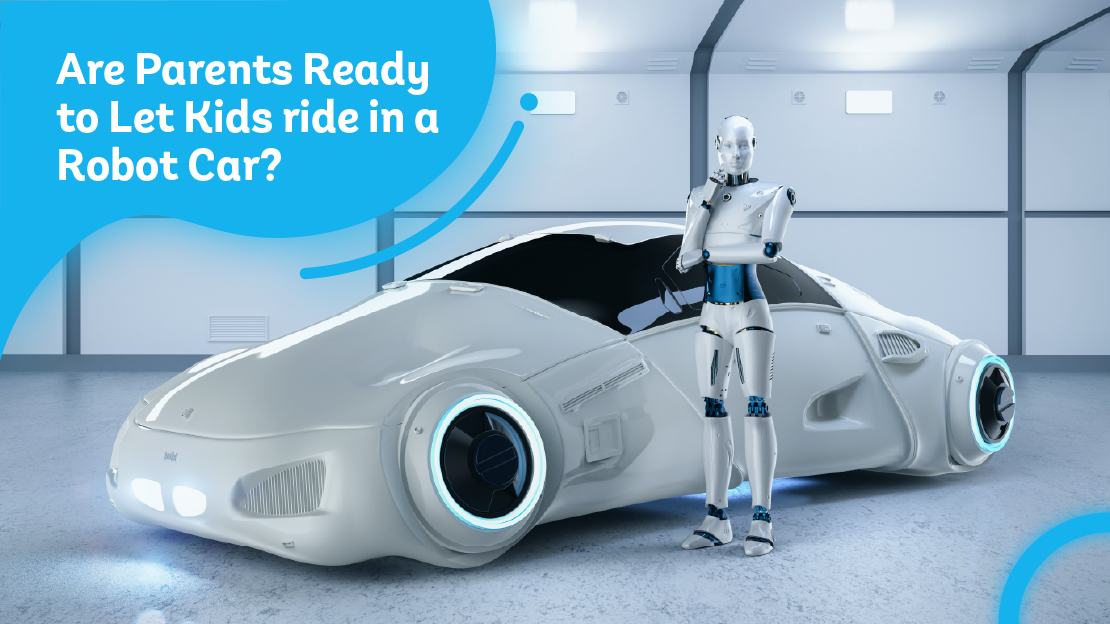 Are Parents Ready to Let Kids ride in a Robot Car?

For many years, we have heard about self-driving robot cars hitting the road. People have dreamed about reclining and relaxing in their robot cars, enjoying a movie while the car takes care of itself and takes you to your destination. Google’s Waymo and car aggregator Uber have been experimenting with driverless prototypes.

There is some level of automation which already exists for today’s vehicles. There are a few vehicles in the market that offer advanced features for driving assistance. While some of the vehicles are partially autonomous, some come close to being fully autonomous robot car vehicles.

For instance, Cadillac super cruise offers a hands-free driving experience on highways pre-mapped in the system. It can also change lanes without you controlling the steering wheel.

Though tests are going on, driverless vehicles seem years away from now before they become a common sight on the roads.

Robot cars have drawn different reactions from different sections of the crowd. While some marvel at the idea of hopping onto the back of a driverless car, some cannot imagine giving up the control of the steering wheel to a robot.

What do parents think about having kids travel in robot cars?

Primary reasons for the lack of enthusiasm for autonomous vehicles are factors like giving up driving control, exorbitant cost, safety, and lack of technological advancement.

Studies on different population demographics have given different results. Self-driving vehicles are preferred by a young, male, urban, and high-income population over old, female, rural and poorer sections of society.

Regarding kids, parents are less trusting, willing, and comfortable using AVs. Such conservatism among parents stems from the animal instinct to protect one’s young. A lack of personal experience and interaction with robot cars is also a mental barrier for parents.

Factors why we don’t see robot cars on roads yet?

Not As Smart As Humans

Driving is a complex task, and we have overestimated the ability of technology to handle some of the nuances involved in driving. There are several perceptual challenges, such as maintaining the optimum distance from others, running at an appropriate speed, and avoiding surprises on the roads.

Concerns about the safety of robot cars have been raised, and inevitable crashes and deaths have also been attributed to autonomous vehicles. A human mind can naturally handle these situations. However, for artificial intelligence, it is not easy.

Technology Can Be Hacked

Like any other electronic device you use, such as your phone or laptop, robot cars risk getting hacked. Hackers can interfere with autonomous systems and make mischief that can compromise the safety of the passengers.

Supporters might say that hacking hasn’t stopped the mass adoption of phones, and people continue to use them despite reports of hacking and theft. However, one big difference between hacking of phone and a robot car is that in the case of vehicles, there is a grave physical danger to a person’s life.

Robot cars rely on machine learning algorithms which are harder to test due to their reliance on non-deterministic statistical techniques. As more deaths are reported that are attributed to driverless cars, the safety threshold will go up.

Self-driving cars will use high-end equipment and sensors to gather data from the surroundings to operate. It makes cars extremely expensive for the consumer market. Such complex equipment also requires regular maintenance and extreme care, which again increases the cost of owning a robot car and acts as a strong disincentive.

Companies like Uber are looking to induct driverless cars into their fleet to decrease expenses by not having a driver to operate the vehicle. So, at best, robot cars will act as a taxi or transportation service, not something ordinary consumers own.

The so-called robot cars are computer-assisted cars that require human drivers behind the wheel. It has been difficult for companies to understand how a total transformation from manual to machine driving will occur both from a technology and a safety aspect.

Parents’ perception of robot cars concerning their kids can improve if specific technological improvements occur in autonomous vehicles. Additions are expected to be made in mechanisms which allow passengers more control by enabling them to communicate with the AV. Similarly, tools for helping better communication between children and parents when kids are travelling alone in an autonomous car are also possible.

Previous Post
Let your kids make mistakes. It’s good for their brain!
Next Post
Is It Safe to Give a Flying Robot Drone to Your Kid ?