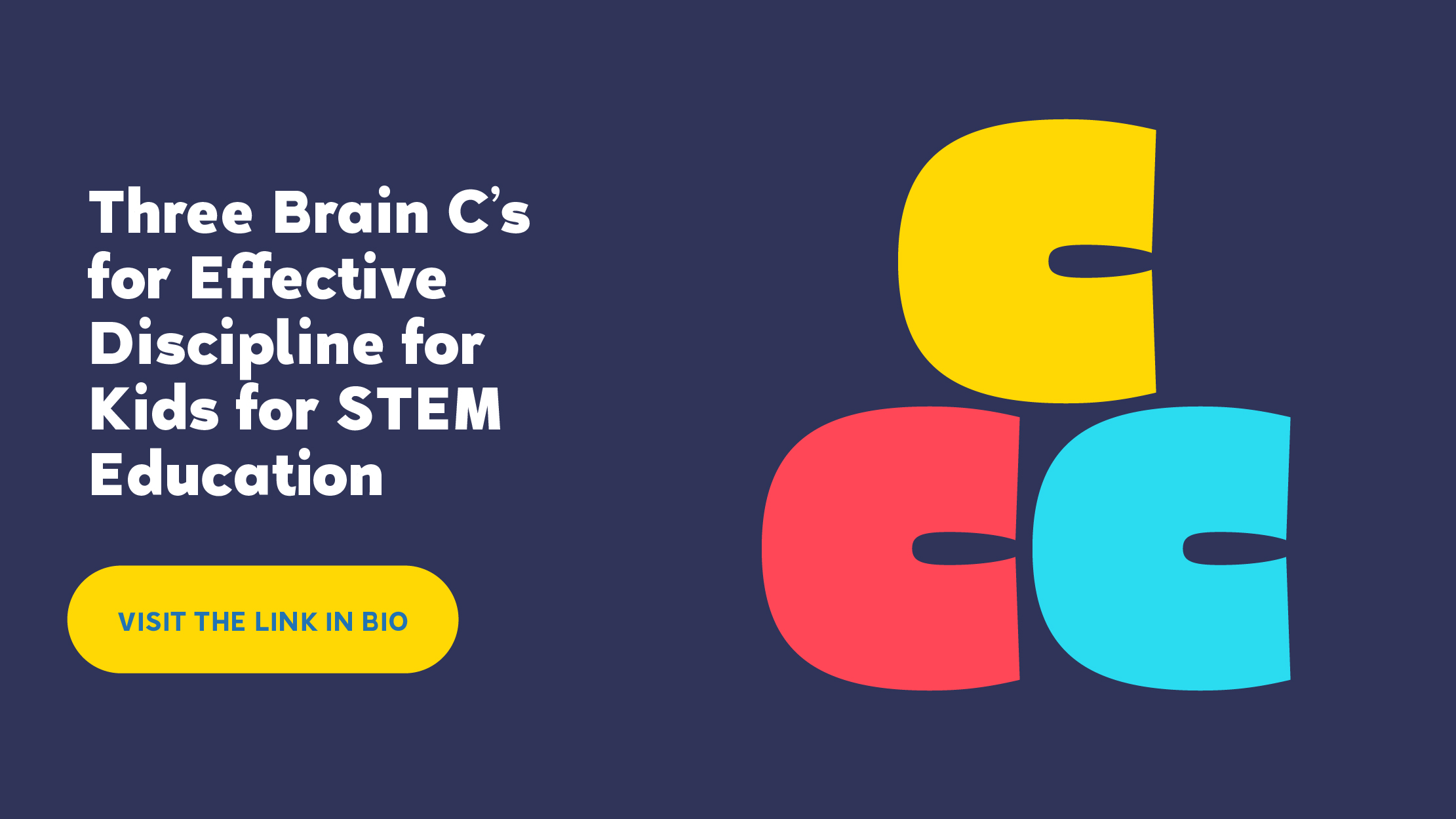 It’s difficult to decide how to discipline your kids. They commit an improper act, which happens far too frequently. You may get angry and they may get irate.

Indeed, when your kids are getting into STEM education and coding for kids and robotics for kids, you want them to be disciplined and up to the task.

However, the common perception about discipline is that it is associated with punishment or ensuring the kid has consequences. When you are frustrated or angry, you may feel like punishing is the goal of discipline. However, these are misconceptions

As stated in the definition above, the overall goal of discipline is not to punish or give consequences but to teach.

While punishment may temporarily stop a behaviour, education provides skills that last a lifetime.

Parents should start thinking about discipline as one of the most loving and nurturing things they can do for children. Our kids need to learn how to control their impulses, control their intense anger, and think about how their actions affect other people. They need to know these fundamentals of life and relationships, so if you can give them that, you’ll be giving a priceless gift to your kids.

When kids struggle to do the right things, parents want to be responsive to kids instead of reactive. It applies to young and old children alike, whether they are in elementary school or high school. You want to be intentional, meaning choosing the most viable option among given alternatives that will lead us to our intended outcomes.

Being intentional is the opposite of being reactive or being on autopilot. If you’re on autopilot and don’t have a clear philosophy on how to deal with inappropriate behaviour, you can react without much thought or intention.

While fear and punishment can be helpful in the short term, they are ineffective over time. And do we want to utilize drama, punishment, and fear as our children’s primary motivators? If so, we preach that the best methods for persuading people to do what we want them to do are through force and control.

Before reacting to the kid’s misbehaviour, ask yourself these three questions for a more intended response:

When we approach with curiosity, looking deeper without making assumptions, we can understand that the kid’s misbehaviour was simply an attempt at self-expression in real world. Having such an understanding allows us to respond more effectively and compassionately and create the right learning environment.

2. What do I want to teach at this moment?

Once more, the purpose of discipline is not to impose consequences. Whether it’s about self-control, the value of sharing, being responsible, or anything else, we aim to impart a lesson.

3. What’s the best way to teach a lesson?

Considering a child’s age and developmental stage, along with the context of the situation (did he realize the bullhorn was switched on before he raised it to the dog’s ear?), how can we most effectively communicate?

How can we best convey our message to a child while considering their age, developmental stage, and the situation’s circumstances

Consequences are not the goal of discipline. Sometimes a child may naturally suffer from the consequences without the parents’ intervention. However, there are more loving ways to teach a child.

When parents ask these three questions, it becomes easy to shift from the autopilot mode.

That means we’ll be much more likely to react in a way that stops the behaviour in the short term while simultaneously imparting more significant, long-lasting life lessons and skills that help youngsters develop their character and become ready to make wise decisions.

Asking the three questions aids in understanding the identities and needs of our children. The questions force us to consider each person’s age and particular needs. After all, what one youngster requires may be completely different from what her brother requires.

What works for one kid for a minute could not work for that kid for ten. Therefore, refrain from considering discipline as a universal cure. Instead, remember how crucial it is to correct this particular child at this specific time.

Such a strategy focuses on developing abilities and forging connections in the brain that, in the long run, will help kids make thoughtful decisions and handle their emotions automatically, meaning that discipline will become less and less necessary. It also focuses on dealing with immediate situations and short-term behaviour.

Let’s look at three key findings about the brain, which are referred to as the three “Brain C’s,” which may be very helpful when it comes to helping you discipline your kids effectively and without as much conflict while imparting them valuable lessons about self-control and relationships.

The first C stands for the brain changing. As kids grow, their brains also change. The brainstem and limbic region, collectively known as the “reptilian brain” and the “ancient mammalian brain,” make up the bottom portions of the brain or the “downstairs brain.”

Our most basic neural and mental processes—strong emotions, instincts like protecting our young, and fundamental activities like breathing, controlling sleep and wake cycles, and digestion—are all controlled by it.

However, the upstairs brain, which is in charge of more sophisticated and complicated thoughts, is not fully formed at birth and starts to develop during childhood and infancy.

The upstairs brain controls the intellectual, emotional, and interpersonal abilities that enable us to live balanced, meaningful lives and participate in good relationships.

This means that, as much as we’d like them to, our children can’t yet behave consistently as fully formed, morally upright individuals with sound logic, emotional equilibrium, and morality when they are young. As a result, we must act appropriately and modify our expectations.

The brain is not only changing but is also changeable. It can be moulded intentionally with experience. Scientists refer to this property as neuroplasticity, the way the brain physically changes based on experiences.

For instance, Studies show that kids who learn to read music and play the keyboard have significant brain changes and enhanced “spatial sensorimotor mapping abilities.” To put it another way, when children learn even the basics of playing the piano, their brains develop in a different way than those of children who don’t

The implications of neuroplasticity for parenting are vast. Parents must be very deliberate about the experiences they give to children if repeated encounters alter the brain’s physical architecture. Consider your interactions with your children.

How can you interact with them? How can you encourage children to think about their deeds and behaviour? What do you impart to them on interpersonal interactions—respect, trust, and effort? What possibilities do you present to them?

The world they perceive and interact with, including their family, neighbours, strangers, friends, classmates, and even themselves, is influenced by everything they hear, feel, touch, and even smell.

The brain is complex in addition to being changing and changeable.

Because of the complexity of the brain, we can influence different “parts” of our children’s brains when they’re sad or acting in ways we don’t like by using different parental responses to activate various circuits in the brain. Thus, we can use one area of the brain to get a specific outcome while using a separate section to produce a different result.

For instance, which area of the brain would you instead target if your little one is losing control and melting down?

You can target the upstairs brain to rein in the downstairs brain. You can signal “no threat” to the reptile brain by treating your child with respect, providing him with lots of empathy, and remaining amenable to cooperative and reflective dialogues.

The higher parts of the brain can communicate with and bypass a child’s primitive impulses more often. And our disciplinary decisions help ascertain how strong those connections are which will help kids pefrom in science, technology, engineering and mathematics and robotics programs.