Skip to content
Home Blog What it means to be Logic Smart for STEM Education? 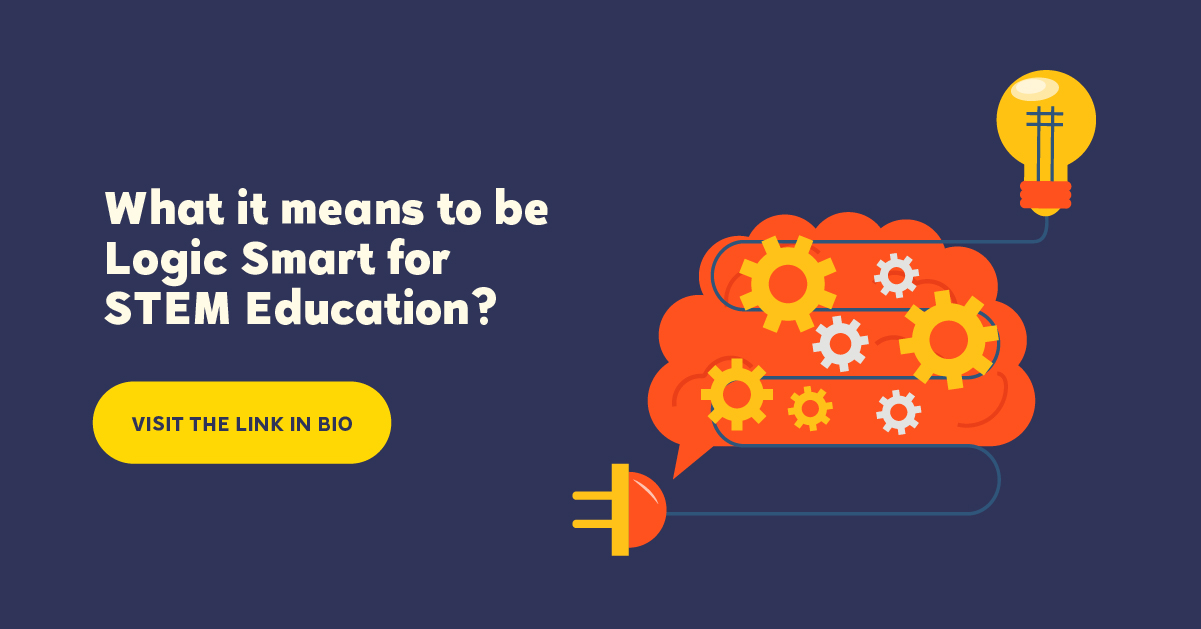 What it means to be Logic Smart for STEM Education?

Are your kids Logic Smart? If yes, it’s good news for their STEM education, and they will ace robotics for kids and coding for kids.

When kids are Logic Smart, they have little trouble understanding math and number ideas, love spotting patterns, and comprehending cause and effect in science with ease. They can take pleasure in solving puzzles and mind teasers or participating in strategy games and have a favourable toward science, technology, engineering and mathematics, programming for computers and even how they operate.

Kids may like one or several of the activities listed above. However, what unites these activities is logic.

Consider logic as a tool that can be used to solve problems. When someone uses logic to solve a problem, they might divide it into smaller steps which are solved one at a time. Solving through Logic also involves formulating rules and assembling patterns to address the problem.

If your kid is Logic smart, they may display a specific set of behaviours which includes:

1. Be observant and start noticing people, places, or objects.

2. Keen interest in understanding cause-and-effect relationships between objects  or phenomena

3. Asking questions about things they are curious about

4. Observe patterns in everything, including nature, numbers, and human behaviour.

Logic Smart abilities can assist in various tasks, including arithmetic, science, and computer work. However, Logic smart can also help solve problems of any nature, such as arranging your art supplies, solving a “whodunnit,” or simply creating a word scramble.

By their sheer nature, most games require logic and reasoning. To succeed when playing, one must develop strategies and apply them rationally. You may think your kid isn’t Logic smart, but if they are excellent gamers, they are probably much more logical than you realise.

When learning arithmetic in school for the first time, you know several fundamental concepts about numbers and the laws governing their operation, such as “greater than” and “smaller than.”
You then study mathematics (adding, subtracting, multiplying, and dividing).
The foundation of elementary mathematics is calculation. You would find it difficult to get to more challenging math, such as fractions and percentages, without a working knowledge of computations.

Some “number lovers” enjoy playing with math very concretely because they enjoy seeing it in use. For instance, they might enjoy comparing food prices while out grocery shopping with the family, using coupons to cut costs, and making cost estimates before the cashier rings up the purchase.

Applying Logic in maths also involves a lot of estimation. Without actually counting things out, estimating refers to making an approximate calculation of how much of something there is (or that will be needed). In essence, you guess as best you can while attempting to consider several bits of information.

Science, like maths, is about problem-solving. Both involve an eye for detail, seeing patterns, and making connections. Science can be considered the process of observing the world and developing theories about it. It involves studying something small, like bugs in the yard or something significant, like the stars in the sky.

To explain what they observe, scientists develop hypotheses or unverified theories.
Scientists look for ways to collect more data to test their ideas and advance their theories. These facts are employed to support and refute their views.

Sometimes only a portion of the theory is supported by the data. Every piece of knowledge aids a scientist in developing a more comprehensive and accurate theory. Scientists frequently design experiments to test their theories and gain new information. The scientific method is the name given to the entire procedure.

Some ways in which kids could be using Logic Smart abilities in science is by asking questions such as How come the sky is blue? Why are there so many green plants? What causes rainbows to appear? Do you look for solutions to your problems? Do you research how others have responded to them?

Or perhaps the kid would enjoy following what’s happening in science news: learning about novel explanations for the dinosaurs’ demise, the way the universe is thought to have come into being, or the discovery of new creatures and vegetation in the ocean’s deepest regions.

Another way that kids can make use of their Logic Smart talents is by wanting to understand how things operate and how other people—including scientists—use their Logic Smart abilities. Perhaps you gain insight and knowledge from these individuals that you apply to your own life, or maybe you feel better knowing the answers to some critical concerns.

Additionally crucial to computers is Logic. The many distinct software applications run on computers are written in logical languages. Coding and working with any computer language requires Logic Smart abilities, which involves writing concrete step-by-step logical instructions to execute the desired action.

The same principles of Logic apply whether kids are writing code to create a database or a Web page (or a website). First, identify the result or problem you’re trying to solve, decompose it into manageable pieces, and then “solve” each one by giving the computer instructions.

Combining Logic and computers can be a lot of fun. When kids play video games on their computers, they use their Logic Smart skills to understand how the game functions and to come up with winning methods.

Many individuals work behind the scenes to build those games utilising the same Logic Smart techniques. People using Logic Smart created, coded, and tested the games, demonstrating that being logical can be a lot of fun.

If your kids enjoy learning about Logic Smart, they can always come up with fresh and exciting ways to do so. The beauty of Logic and reasoning is that it reinforces. Kids can start learning more challenging mathematical concepts if they appreciate maths. If they are interested in science, they can create experiments and submit them to science fairs.

They should also try to meet and speak with actual scientists about their research and work. Additionally, computers can be used to examine both science and math. Alternately, concentrate on computers for their own sake. Etc.

On the other hand, it’s also important to remember that to be Logic Smart, your kid doesn’t need to be a math or science prodigy.

Kids can demonstrate their Logic Smart by having a natural talent for categorising things or occasions or having a passion for sketching elaborate geometric forms.
Many of the activities in which Logic smart is used are those in which one would feel most at ease. And it is helpful. Kids can always employ the intelligence in which they are most vital or most at ease to become more logically intelligent.

Previous Post
Discover the Power Of Observation in STEM Education
Next Post
Is Your Kid Engaging in a Good Maker Project for STEM Education?

Does Your Kid Possess These Paradoxical Traits of Creativity for STEM Education?